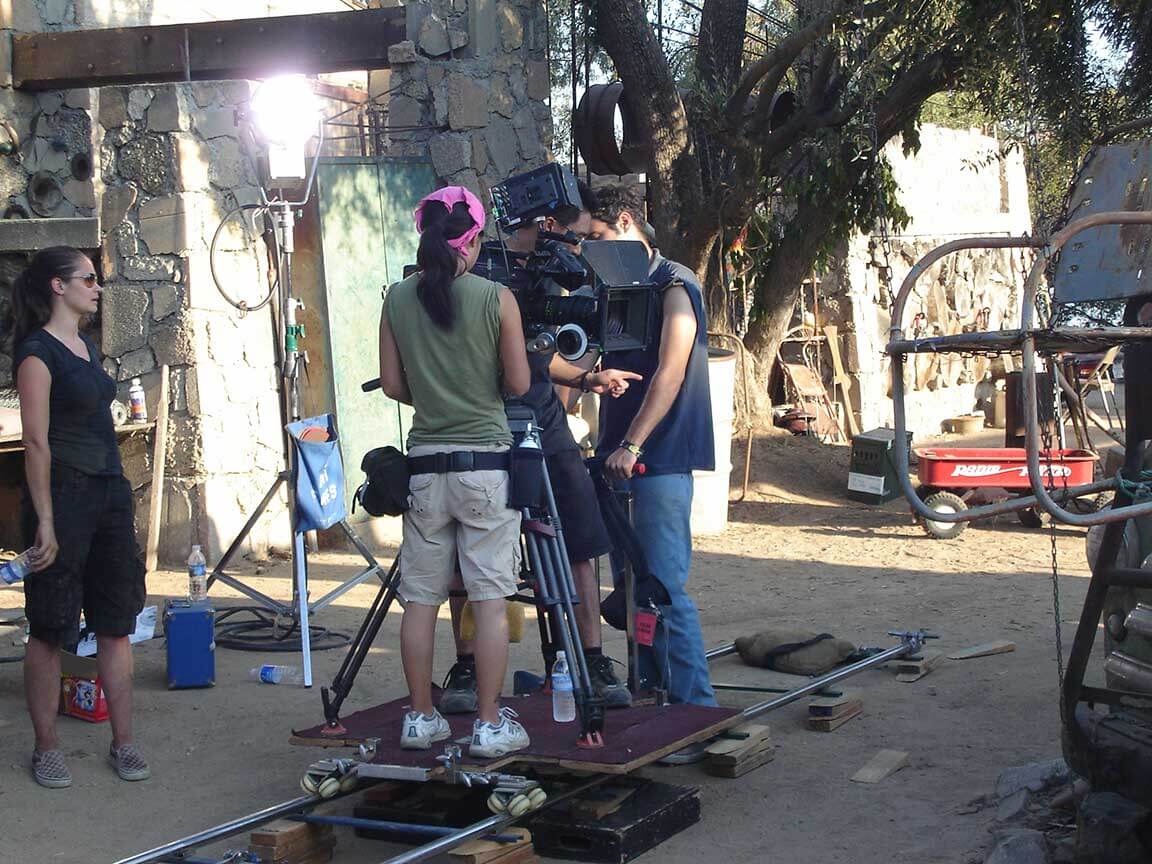 Film budgeting?  But they didn’t teach me that in film school!

Neither was it one of those skills I was able to pick up when I started in the film business, such as reading and covering scripts, getting coffee, loading cameras, holding a boom mic, picking up the studio head’s dry cleaning, etc.

No, film budgeting seems to have always been one of those film industry “black arts,” seldom taught in schools or online courses, the arcane machinations and underpinnings seemingly forever out of the hands of the uninitiated filmmaker, and locked tight away in the heads of a handful of film industry necromancers we commonly call UPM’s and Line Producers, (perhaps because their real, demonic names are unpronounceable by human lips.)

But why should that be?  Budgeting a film is a skill that’s at the core of raising money for film, and central to putting together a production team, and allocating the film’s resources in a way that optimizes the film’s ultimate success.

So why should budgeting a film, as a skill, be so unpopular and inaccessible, so  (for lack of a better word) unlearned by filmmakers, while other skills such as directing, writing, acting, and even producing in general, are skills that are so vehemently pursued by new filmmakers? Here are my thoughts:

“I’m a filmmaker, not an accountant!”

Quite simply, budgeting a film is a monumental task. Filmmakers unfamiliar with the budgeting process who lay eyes on a pro film budget for the first time can’t help but be overwhelmed:  Crew positions they’ve never heard of, perhaps even entire departments that may seem unfamiliar or even “extraneous,” confusing terms, counterintuitive math in some situations, the list goes on and on.

But even if a seasoned line producer sits the new filmmaker down and explains each budget line item, line by line, detail by detail, and that filmmaker is one of the sharper knives in the knife drawer, it’s still a massive, uphill climb for that filmmaker when it comes to “filling in the numbers” for each of those line items.

What’s the day rate of a Best Boy on a $2 million non-union film?  How much is a camera package for a film where the DP might not be getting paid, but we’re paying the actors, and our total budget is $65,000?  What do we pay our actors under the SAG Modified Low Budget rate if they’re only working 4 hours?

And that calculus?  Well, it’s not easy to teach to someone.  In most cases, it takes years of hands-on film budgeting experience: lining a script, breaking it down, knowing crew rates, knowing guild contracts, knowing gear rates, etc.

Adding to that calculus is the fact that all of those rates, all of those figures, all of those contracts and guidelines and schedules – they’re all in flux at all times.  Rates and guild agreements are constantly changing from year to year, rental houses constantly tweak their prices to stay competitive and profitable, and what’s okay to pay a 2nd Assistant Camera on a show in March might not be what’s okay to pay that same cameraperson on the same type of show in December.

Budgeting is extremely not glamorous

Chris Manley was one of the hardest-working camera assistants Jeff Orgill and I ever met while working at Roger Corman’s Concorde-New Horizons in the late 1990’s. It’s no wonder he became one of the most sought-after Directors of Photography in the business, shooting (and even directing) countless episodes of AMC’s Mad Men.

Mastering the craft of cinematography – becoming that guy or gal behind the camera responsible for bringing the image to life in the most beautiful, often most pragmatic way given a show’s limitations – takes years of hands-on, super-technical experience. But it’s probably the furthest thing away from the “glamor” of show business.

And budgeting a film is 100 times less glamorous than that.

Directors have a “vision.”

Writers want to move audiences with their words.

Actors have burning desire to communicate with emotion and intensity.

And all of them, generally, get paid more if they’re famous.

Budgeting film takes a special sort of filmmaker. One with a head for the aforementioned calculus, who has no interest in being the star of the show.

As a result, the craft of budgeting a movie isn’t one that most new filmmakers gravitate towards right off the bat, and so the skill goes largely unlearned, save for those with a head for producing, or those filmmakers with a DIY mentality who learn at least some form of budgeting in order to get their own projects going.

Film budgeting software, by and large, has been dominated by one large elephant in the room since the mid 1990’s when movie budgeting first came to computers.  That elephant is Movie Magic Budgeting or EP Budgeting as its now known.

Flat out, EP Budgeting is the de facto standard for budgeting a film.  But with a price tag of $489 (which seems a discount compared to the amount I’m anecdotally remember them charging for many years, which was closer to $800), the bar to entry for new filmmakers using it and learning it is extremely high.

Similar budgeting software such as Gorilla lower the bar somewhat, but at $299 for license, you can imagine it keeps most filmmakers out of the game.

New filmmakers, mostly, if they’re buying any software (and not torrenting it, or using an old copy), they’re buying something like Final Cut X for $300.  Or a screenwriting program like Final Draft (despite there being numerous free or cheap alternatives.) Otherwise, they’re spending their money on their films. Not a piece of budgeting software that they don’t understand how to use, and even if they did, they’d have no idea what to punch into the line items because they have no firm idea what that number should be.

With a lower bar to entry in the software arena, and with an easier set of tools available which lets the aspiring film budgeter get her hands on prices and contracts and rates more consistently and uniformly, perhaps the glamor will follow.

Until then, film budgeting will probably remain firmly in the realm of the experienced line producer; a black art which perhaps only the most dedicated of learners can pursue and master.