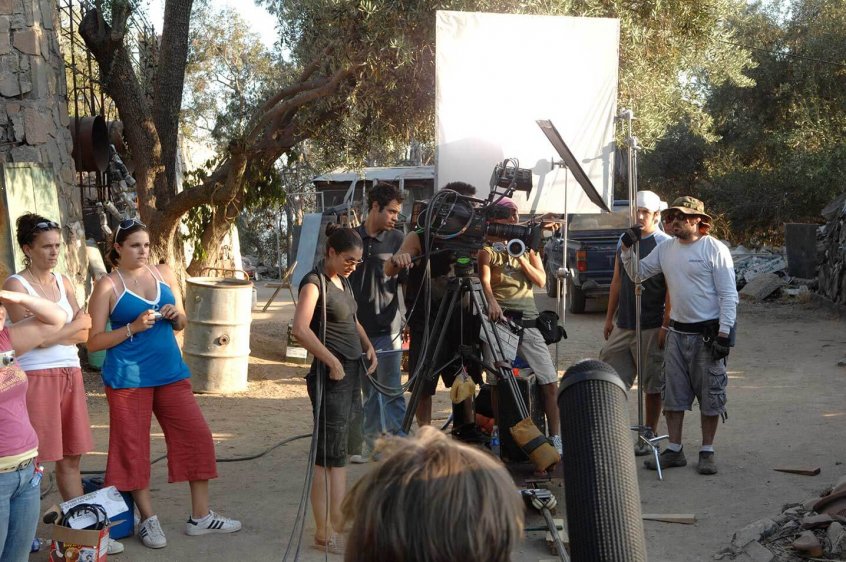 A few years ago, my company and I produced two feature films, from script to screen. We had no money and no significant investors, despite garnering interest (and even a few Letters of Intent) from a handful of name actors.

The road to production on both films was a long one, and a bumpy one. But we couldn’t have pulled either films without one key element:  budget flexibility.

What’s film budget flexibility?  It’s exactly what it sounds like: we were ready to make the film at two different budget levels – low, and high.

Of course, “low” and “high” are two very relative terms. In our case, our low budget version was $40,000, and our high budget was $200,000.  Both levels of budget are completely peanuts to most mainstream film companies and distributors, but to us, $200k was, and still is, a lot of money.

The goal was to be ready to shoot either film for as low as $40,000, but do our best to raise $200,000 for each, in order to pay for a more experienced, faster crew, better cameras and gear, better locations, and better post production.

Here’s the topsheets for two different film budgets we made. These are just for one of the features we produced. Feel free to take a look at where we put our money, at least on paper, to give you an idea of where you should allocate funds in your own film’s budget.

Below is the $200k budget. This budget includes the deferred salaries of all the crew, including a line producer. All the salaries are between $100 and $300 per day.

The cast salaries in this budget are non-deferred; meaning, they would be during the filming as per SAG’s Ultra Low Budget agreement.

The big expenditures are cast and crew salaries, and then $40,000 for a full post-sound package, which is pretty steep for a film at our level, but includes ADR, foley, sound editing, sound mix, and 5.1 mastering.

And here’s the a $30,000 version of the same budget, which actually ballooned up to $40,000 by the time we were done putting it together.

This is the do-or-die, actual budget we used for the film as we started shooting it, since all of our production funds hadn’t come in by then.

Even with our film fairly meticulously budgeted, we ended up spending approximately $100,000 cash to get the film in the can and finished. With our crew salaries deferred, the film just has to bring in $100,000 or so and then everybody’s paid off and profits can start being shared. 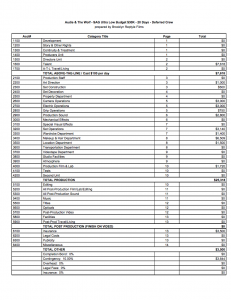 As you’ll notice, they’re both topsheets only, as we did these budgets in Movie Magic Budgeting, and used one of their “big budget” templates, as our line producer was a bit new.

Using that big budget template made each of the budgets some 60-75 pages long.  I would’ve posted them, but it’s mostly page after page of $0 line items due to the hundreds and hundreds of crew that most high-dollar motion pictures are comprised of.

(For scale and reference, our film budgets at Film Budgeteers are approximately 15 pages worth of line items, and they cover everything you’ll need, including all the details on crew, fringes, etc.)

Once you start getting down into the low-thousands, the utility film budget is somewhat diminished  (After all, you can’t spend what you don’t have, so there’s no sense in budgeting for what you can’t spend), but planning out each and every expenditure and allotment helps, no matter what budget level.

In our case, we created a high budget and a low budget, and our actual expenditure came in around $100,000, which is $60,000 over our $40,000 “low” budget. And that was for a relatively smooth shoot and post process.  For film shoots that go off the rails, as you might imagine, the sky’s the limit for overages.