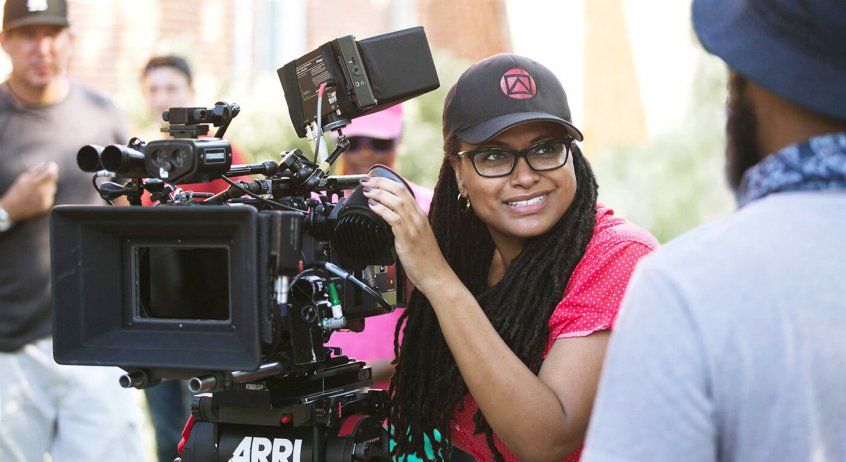 I just finished watching the entire run of “The West Wing.”  I wouldn’t argue about its status as classic modern television.  It’s fast, intelligent, classy, and features some of the best dialogue, performances and camera movement in television history (however, I really loathed the score, especially the credits sequence music, just pandering and sentimental).

However, it does already feel supremely outdated.  It’s misogynistic to start.  Almost all of the women, including the best character on the show, C.J. Cregg, played by Allison Janney, must ultimately make decisions that have more to do with their relationship to men or are sexual objects, albeit smartly-written ones.  And the way the show treats the one black character on the show is downright embarrassing.  The character of Charlie played by Dule Hill served as an uber-liberal wish fulfillment that borders on the magical kind (well, the whole series does if we’re going to be critical here).  It doesn’t play harmlessly in our modern awareness.

But, most importantly to me, that era of television was competing with the next wave.  It battled for awards with “The Sopranos” and ran it’s course before “Mad Men” flexed its muscle.  The differences in those shows from “The West Wing” are vast in storytelling complexity.  The misogyny and racism inherent in them were pronounced, accentuated, commented on.  There was an awareness beginning to happen that exceeded soap opera and the romance of politics – “The Sopranos” and “Mad Men” were about the politics of romance.  The irony is not subtle.

As television continues to compete for the grandeur of high-minded cinema it begins to erode some of the legacies of older television.  I remember when shows like “L.A. Law” and “E.R.” were considered benchmarks of serious television.  Shows that possibly had something more going on than just occupying people’s time to sell as much shit as they can during the broadcast.  Digital platforms and an increasingly aware audience have pretty much erased that uncomfortable alliance.  There has never been anything on television before the era of “The Sopranos” that remotely resembles “The Handmaid’s Tale,” “Game of Thrones” or “Big Little Lies,” or season one of “True Detective.”

That finale of “The West Wing” was a garbage dump of an ending.  The ending of “The Sopranos,” hated or not, will live in notoriety forever.  It was well thought out, just as “Breaking Bad” was and “Mad Men” and on and on.  The new shows understand a shelf life.

Where does television go from here?  I’m assuming only better, more political, more keenly aware of representation, certainly more challenging.  Are there any drama shows left on network television that can even compete with cable, premium cable and digital platforms?

Watching “The West Wing” also reminded myself about the conversation everyone making films and television is currently having.  Think how differently and more reactionary the show would be today.  The president would probably be a black lesbian woman.  Or at least most of the staff would be a mixture of cultural representation. I mean, if the same uber-liberal fantasy held, then that fantasy would look like that exact opposite of our current administration.  Remember “The West Wing” was began during the end run of Clinton’s administration and primarily existed in offense to the second Bush era.

Back to that conversation we’re all having.  Every script, treatment or concept that originally features White male protagonists are being continually reconsidered to change the focus to female characters or non-White or both.  Early on this was met with some resistance from writers and especially sales agents and financiers.  Within the last year, the success of films such as Get Out, Girls Trip, Wonder Woman, and Black Panther as well as the success of television shows such as “Orange is the New Black,” “The Handmaid’s Tale,” “Big Little Lies,” and anything by Shonda Rhimes has helped reorient the landscape.

It’s not just all about content, either.  Every conversation in the production office includes key roles.  We actively seek out a list of women directors (check out The Director List – it features women directors in a highly searchable database), writers, directors of photography, production designers, 1st assistant directors and producers. It started with matching the primary content to the persons (a female protagonist = a female director, an Asian lead character = an Asian director, etc.) but now the conversation has shifted to asking that question about any project with any paradigm (White male character = Black director, etc.).

I know there are still some folks out there who will hear this and complain about the dilution or co-opting of their content.  That we’re putting mandates on art and commerce.  Well, you’re damn right.  And suck it up.  We aren’t just responsible anymore for making a film or television series per the written script…we must think about how our content will fit contextually within the parameters of the whole world.  I don’t need to remind everyone that half of the population are women and the majority of the world are Asian or from Africa.

That the majority of content up this point has featured a primarily White male perspective is only indicative of those who have been in charge up to this point. That tide is turning.  And it’s up to those who are White males to challenge the content when it’s like looking in a mirror and hand over the reins to someone that is not.  Because, frankly, the world is tired of that mirror.

I encourage anyone that is neither White or male to start telling your stories because now you actually have a shot of being heard.  And, if you happen to be a White dude, then it would behoove you to write a script that might not necessarily be just about what you know.  Open yourself up to a larger world…or find a collaborator.  It’s one thing to swap out characters ethnically or genderwise or of their sexual orientation, it’s another also to understand that perspective and how that changes the character.  So, it’s not a bad way to get to know your sister or your brother from another mother.  And don’t worry about White males not being represented… they have over 100 years of examples to point to.

Representation is so important.  It may be perhaps the single most important paradigm in media today. We can’t go back to the days when the most “open-minded” television show up to that point was really the status quo of the times.  It may have appeared to be a liberal fantasy of a new society but in reality it was written by White dudes on a power trip.  The movie Get Out eviscerates those people (it even includes two actors from the show, Bradley Whitford and Stephen Root, I’m sure that was by some design.)

2 Comments on “Race, Gender, and Where Does Cinema and TV Go From Here?”