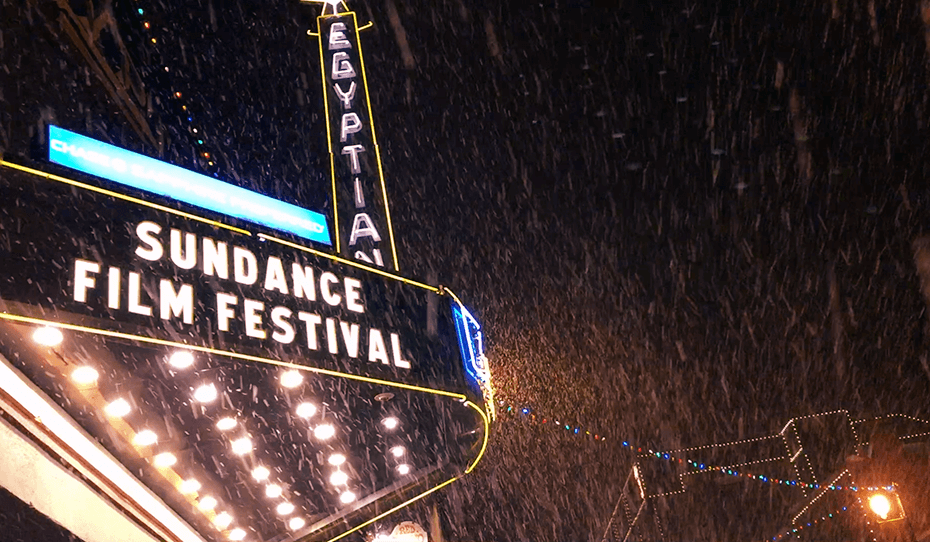 If you’re serious about raising film money from serious film investors (or at least film investors who don’t laugh you out of their office), you’re going to need to own up to at least one simple fact:

Hoping your film gets into a film festival and gets sold is not, repeat, NOT, a viable film business strategy.

Not even when sex, lies, and videotape and Clerks and all those other legendary films that got their big breaks and made their big sales at film festivals, was this a viable film business strategy.

Even back then you were playing the odds, submitting your film to any festivals of note.

So if you’re thinking of baffling your investors with b.s. about getting your genius film into Sundance or similar, you’d be better off striking that notion from your mind as soon as possible. Here’s the rundown on one of those big festivals, just for illustration purposes.

Boasting a vast array of features, shorts, and documentaries from around the world each year, and attended by thousands of filmmakers and artists at the top of their game, Sundance is the end-all-be-all of film festivals in America.

But here’s the facts:

For the 2008 Sundance Film Festival, 121 feature-length films were selected including 87 world premieres, 14 North American premieres and 12 U.S. premieres representing 25 countries with 55 first-time filmmakers, including 32 in competition. These films were selected from 3,624 feature film submissions composed of 2,021 U.S. and 1,603 international feature-length films. These numbers represent an increase from last year when 1,852 U.S. and 1,435 international feature length films were considered.”

That’s 3.3% of submitted features got played. Not bad! But wait. There’s a little more to it.

Consider the categories they’re filling up:

Dramatic Competition – 16 films. Films must be having their World Premiere at Sundance.

Documentary Competition – 16 films. Films must be having their World Premiere at Sundance.

World Cinema Dramatic Competition – 16 films, same as above, but the films must be from out of the United States.

World Cinema Documentary Competition – 16 films, same as above, but the films must be from out of the United States.

So we’re now down to 89 slots for your feature to fit into.

Now let’s break it down further. Here are some more categories for features at Sundance.

I’m assuming you’re not an established filmmaker, and so your film wouldn’t fit into the Premieres category.

So now we’re down to 73 slots for your feature to fit into. And out of the categories that remain are American Spectrum, Park City At Midnight, and Frontier, 11 had name actors in them, including:

And while having a name actor in your film isn’t a requisite to be in the Sundance Film Festival, let’s just take off those 11 slots just as well.

So now you’re down to 62 feature slots.

But also in those categories are 6 documentaries, and a retrospective of the classic Sundance film, sex, lies, and videotape.

So let’s call it 56 feature slots that are open to shmoes like you.

And if your film fits very well into one of these categories, you’ll likely have to limit your slots even further.

“A tribute to the abundance of compelling voices and the creative spirit of independent filmmaking, the Spectrum program presents out-of-competition dramatic and documentary films from some of the most promising new filmmakers from the U.S. and around the world.”

“This category features works that push at the perimeter that circumscribes present-day cinema and encompasses experimental film, media-based performance, and all work that celebrates the promising new filmmakers from the U.S. and around the world. ”

“A treat for true cinephiles and casual filmgoers alike, this section presents an eclectic mix of horror, over-the-top comedies, surreal tales, explicit animation, and bizarre stories that defy categorization. A great place to find the next cult classic. ”

But let’s be generous. Let’s say that all told, Sundance has 56 slots for feature films that you have even a remote shot at.

So what was our number again? Ah yes, there were 3,624 feature films submitted to Sundance in 2008. So based on our math, your actual percentage chance of landing a slot for your feature at Sundance is actually not 3.3% at all. It’s more like 1.5%.

Cool! So 1.5% isn’t really all that improbable, right? It’s better than no chance at all, right?

You betcha! But now let’s bum you out even more with one overriding fact about Sundance:

There’s just too many films being submitted!

Sundance has become legendary as the make-or-break film festival for independent films. Films such as sex, lies, and videotape, Clerks, Napoleon Dynamite, and countless more, all have made multi-million-dollar sales at Sundance, starting the careers of scores of name, established filmmakers from around the world. So you’ve got to take into consideration how many filmmakers want to get their films programmed there.

Everybody, from the nobodies up to the Hollywood power players, are leaning on the Sundance Film Festival, year round, to get their film programmed. Day and night. Email and telephone messages. Subtle persuasion and brute force. Friends of the programmers, staff family members, A-list agents and producers, A-list actors, and then all the B-list, and the C-list, and everybody else in the world.
Put simply, the programming department, and every other department at Sundance, is under constant siege. You can’t expect your little film, in your little envelope, to make it into a programmer’s hands, get watched, loved, and then automatically programmed. There’s an incredible amount of meta-work that goes into getting a film programmed, consisting of all sorts of external and internal factors.

A programmer may love your film and push to get it programmed, but Sundance can’t program it because it’s already programmed a very similar film. Or maybe the Festival Director chooses a project that’s closer to his heart than your film, even though two programmers below him loved it.

Whatever the reason, whatever the outcome, you can’t fault the Sundance Film Festival for taking on this very delicate balancing act. They’re basically curating a highly subjective, emotionally- charged, $50 million art show, every single January, into which the swollen tendrils of commerce and human nature are inextricably tangled.

While they are overwhelmingly upright in their pursuit to maintain the integrity of the programming process, they’re not perfect. And nor is the process. They do the best they can to present the best cinema they can find.

So when you take all that into account, you’ve got to take that 1.5% and drop it another full 1%.

Now your chances are down to .5%. Your film likely won’t get in. So you shouldn’t try, unless you’ve got a great film on your hands, or $50 to blow on the application fee.

Or, you can “buy” that 1% back by doing whatever you can to compete with all the other forces and factors that are can and do influence the programming at Sundance; indeed at most film festivals.

Jump in the game and grab their ears. Lobby for your film! If the big boys are doing it, so can you. Unfortunately, having a crap film isn’t going to help your cause. Make sure you have a slam dunk, and convincing Sundance to program your film is likely to be infinitely less difficult.