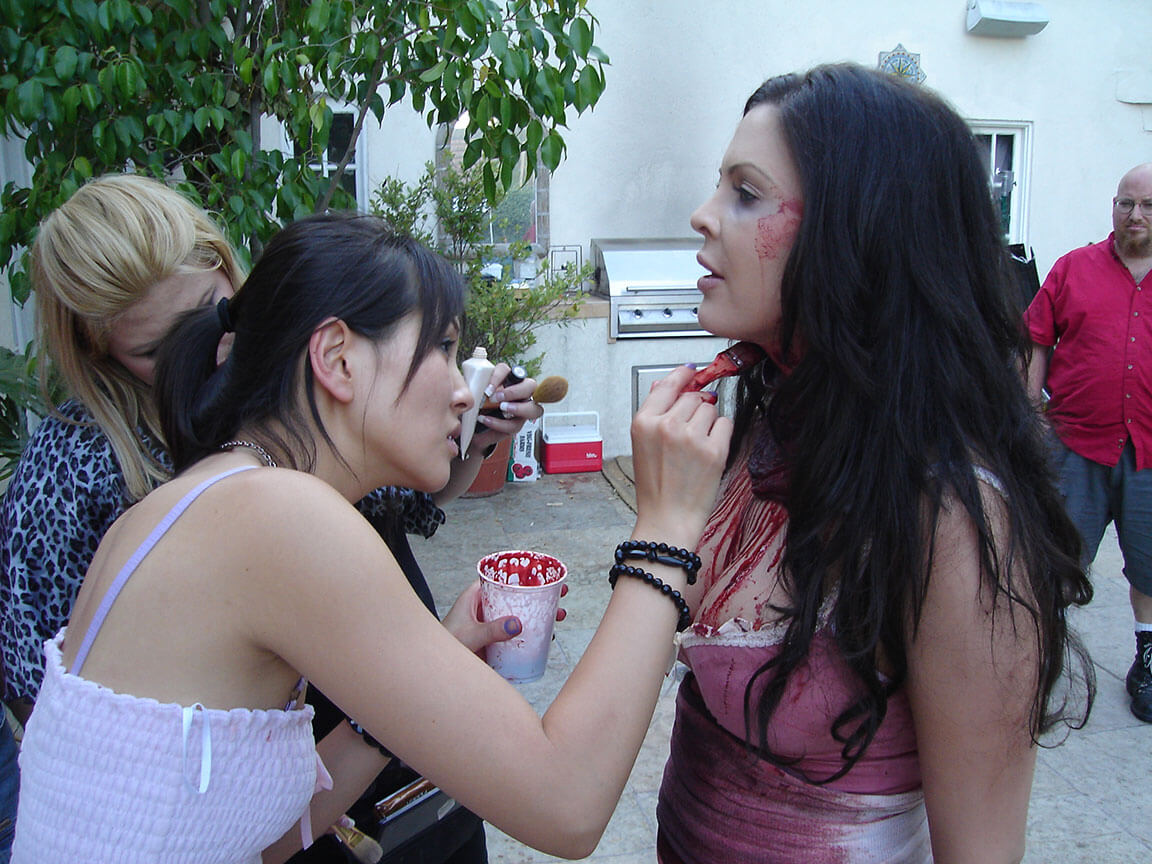 When budgeting a film crew for a union picture, the rates and work hour limits and thresholds are set by the union and you pay them. End of story.

But for non-union films, it’s a bit different. On a non-union film, rates are fully negotiable. However, work hours are still governed by state and federal labor laws.

Many producers will ask a crew member to agree to a flat “day rate,” and many crew members, especially new or inexperienced crew, will often agree to it. These same producers will then work the crew for as long as they want, and not have to worry about paying overtime.

What the inexperienced crew member might not realize is that labor laws dictate that for the first 8 hours of a shoot, she’s supposed to be paid straight time, or for the first 40 hours she works in a week. But after those set hours, she’s owed time and a half (1.5 times her regular hourly rate), for up to 12 hours in a work day. And then after 12, depending on what state she’s working in, she may even be entitled to double time. (Twice her hourly rate.)

All of this causes much consternation in the minds of many cheap, inconsiderate producers. Figuring out overtime (AKA “O.T.”) and budgeting for it is something many of them find odious. So they end up hiring inexperienced crew. (Who often end up costing the producer and the film more money due to their inexperience, slowness, and/or flat out ineptitude, relative to that of an experienced crew. (But don’t try to tell some producers that. Some producers cranking out bad movie after bad movie would rather burn through a production with a newbie crew and end up shooting more days and paying more in rentals than try to convince their investors or buyers that a higher-paid crew or even union crew makes more financial sense.)

Every crew member deserves a “minimum guarantee.” That is, if your production stops filming on a particular day after 4 hours, you still owe them 8 hours in pay.

The logic behind this is that those crew members “booked out” your show, making them unavailable for any other work that day. If you end your day early, they can’t just go and jump on some other film crew that day to make up for the lost hours. Respect their time by offering a minimum guarantee.

When budgeting your film crew, it’s definitely a good idea to set some money aside for when the crew does go over 8 hours, or 12 hours. If you’re a cheap producer working with a crew you’re paying a flat rate, with no time and a half or double time, then at the very least you’ll want money set aside to keep your crew from mutinying should you need to go long in those rare emergencies. That being said, if you’re going long every single day of your shoot, don’t expect your crew, even an inexperienced crew, to stay on the show.

A good rule of thumb is to budget your shooting days to go at least 12 hours, no matter what, especially on independent films. On top of that 12 hours you budget for, factor in about 10% contingency in case you go over that.

On a small film, it might benefit your production to pay everybody the same flat rate, and not worry about time and a half or double time, but that should only be if you’ve got a fairly cohesive group of people working on your film to begin with, and probably only if your crew is made of up largely inexperienced people.

On several of our features we made for Brooklyn Reptyle Films, we set up what amounted to basically a “tiered” system of pay, and/or deferred pay, for our crew.

You don’t have to use our system, or any particular system (unless you’re shooting a union film of course), but whatever system you use needs to be fair to all crew members. It’s not only vital to the success and morale of the film, it’s the professional thing to do.

Where do I find film crew rates?

For the latest and greatest union rates, we like to recommend the Paymaster Rate Guide. It has pretty much everything you need when putting together a film budget for a union crew.

For a non-union film budget, you’ll want to do your homework when it comes to crew rates. On the one hand, you want to make sure you get the best, most experienced non-union crew possible without breaking the bank, but on the other, you want to make sure that the rate you’re offering your crew is competitive or at least not too far off the mark from what your crew gets paid typically on other non-union shoots.

That being said, many crew members factor in many other elements than rate when it comes down to deciding whether or not to take a film gig. The film’s shooting schedule, where it’s shooting, travel/lodging situations, per diems, kit rates, and more. We’ll go over all that in our next installment.

5 Comments on “Budgeting A Film Crew – Rates and Work Hours”