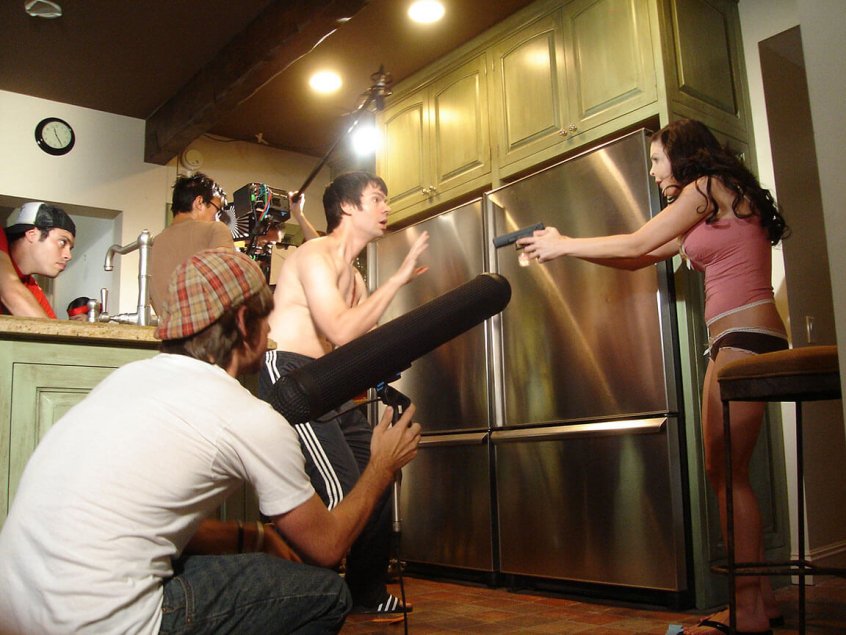 The fastest, easiest route to creating a film budget is, of course, to use Film Budgeteers’ film budgeting tool. (Shameless plug)

In any case, you’ll be opening up that film budget template for the first time.

And that document is going to have a lot of blank rows and categories, and a lot of confusing rows and columns and terms.  But don’t be daunted!

You don’t need to know your way around every last nook and cranny of a film budget template right away, but you might actually glean what many of them are for, especially if you’ve had some general experience in putting together a film or short.

Here are the two biggest cost-related truths you’ll need to keep in mind going into the budgeting process, especially on a smaller film.

That is, every department on your film (makeup, camera, grip, electric, etc.) is going to need a certain amount of money in order to do their jobs correctly, even on a tiny, no-money film.

If you’re going to scrounge everything, that’s fine (although you probably don’t need a budget), but you’ll need to acknowledge that in your budget, and make sure that the crew member you’re bringing aboard for costumes knows that they’re not being given a single dime to buy anything or rent anything with, before they come aboard.

Drill down into each department, preferably with each department head on your film, and find out how much they’re going to need to do their job, even if it’s just in a bare bones capacity:

Grip/Electric, Art Department, Camera Department, Production Department, Wardrobe Department, Makeup Department, Special Effects, Stunts, Weapons, Special Makeup Effects, Transportation, and any other department you can think of that your film is going to need to get made.

Keep in mind that every department is usually only focused on one thing: their department. But that’s a good thing, as that’s how it’s supposed to work: discreet “sections” of your crew all focused on their discreet workload and expertise.

When budgeting a film, it’s inevitable that one or two departments will be funded much more than many of the other departments. The goal is not to fund each department equally; it’s to complete the film in the most efficient, productive way possible. So don’t be afraid to put vastly more money into department X than you do in Y and Z. It’s simply the nature of the business. And if the department heads of Y and Z don’t understand that, you’ll need to either explain that to them or perhaps find people to replace them.

#2 A film crew needs to be paid something, and it can’t be hot air

If you have money to pay your crew, you absolutely should pay your crew.  Even if it’s a tiny film and you’re pulling in a lot of favors and the pay you’re offering is only a fraction of what they normally earn.

But if you have absolutely no money to pay your crew, know that (a) you’re probably going to be working with severely inexperienced people, and (b) you’ll probably want to offer to pay your crew a deferred salary at the very least.

A deferred salary on a film production is exactly what it sounds like:  your crew gets paid later.  The how, when, and how much of that “later” needs to be agreed to in detail by you and your crew.

When putting together a budget for a film in which you’re planning paying deferred salaries to some cast and/or crew, or are getting other services for deferred rates, you need to account for all of that in the budget so that you and your investors both know exactly how much money the film has to make back before profits start getting handed out.

This figure is your “nut” or your negative cost, and it needs to be accurate if you’re working with serious investors, vendors, and crew.

Then that $40,000 deferred crew salary, and the $20,000 deferred payment to the sound house has to be paid to those folks before you or your investors start seeing profits.

Be careful with your freebies as well. If you’re getting a $13,000 camera package for the month from Panavision, and your buddy there is hooking you up for free, don’t add a $13,000 cost into the budget, just to fluff it up and artificially make your “nut” higher.

On the other hand, definitely let your investors and vendors know that you’re calling in favors to get a $13,000 camera package for free, and that this will augment the quality of the final film, making it more sellable. Vendors who see that another vendor has already jumped in with a freebie are far less nervous about pitching in with their own freebies.