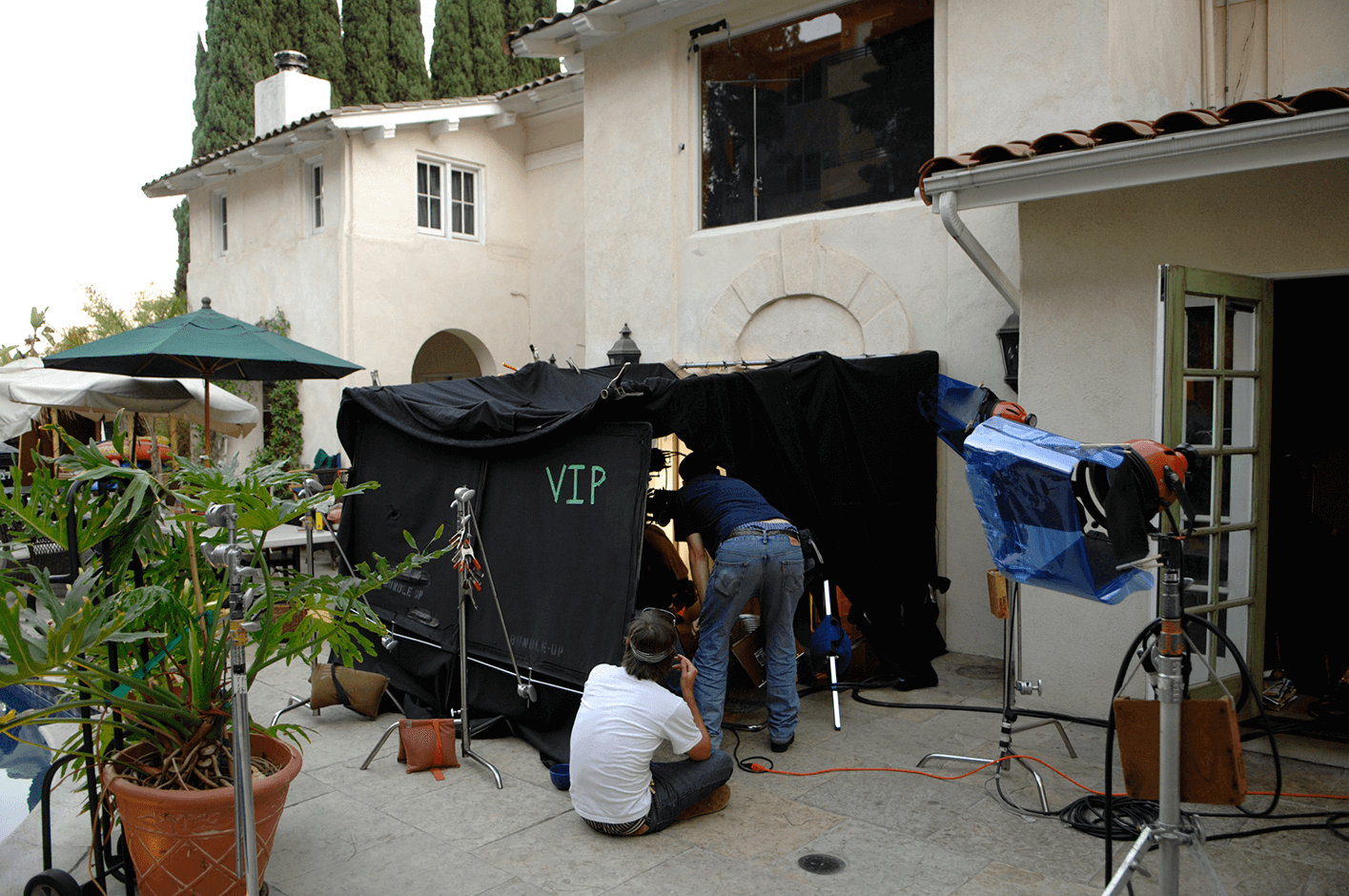 The next section is your Film Section, where you detail what your film is about. This includes a brief summary of your film, maybe the film’s logline, synopsis; whatever you think best conveys your film to potential investors. Keep it brief and don’t overwhelm them. You may want to use “mashups” to help bridge the gap of understanding. That is, instead of just writing “Raxxid The Space Pirate is a sci-fi adventure,” try using terms to help folks get a picture of what it’s about. “Raxxid The Space Pirate” is “Pirates of The Carribbean meets Aliens.” But do be careful when using these mashups, as they can be pretty annoying if not approached with accuracy.

If you have any name actors attached, the next section in your film business plan should be a section detailing and/or highlighting those name actors. If they’re truly name actors, their photos in your business plan will speak for themselves, but for those who aren’t quite as well known, and even for those who are well known, include a little bio about each one of them, which focuses on their last few hit movies, how much money each movie grossed, etc. If you’ve got “star power” on your film, you need to highlight it here. And don’t be shy.

But what you don’t want to do is highlight a bunch of no-name actors and try to pretend they’re big names. Big mistake. People know stars on sight. That’s why they’re called stars. You’re not fooling anybody when you put up a photo of some John Doe theater actor from Mentor, Ohio and try to tell me he’s a bankable talent. You’ll look like an amateur, so don’t do it.

The next section you’ll want to include in your film business plan (and again, you can arrange these however you like) is your Film’s Target Audience section, where you detail to the potential investor who you’re targeting when you’re trying to sell this film. Is it a film about two senior citizens who fall in love? Maybe you shouldn’t have a target audience of 17-35. Unless those senior citizens are a husband and wife assassination team. Or one is a serial killer. Is it an animated film about a midget bouncing around a fantasy world with a magic sword? Maybe you shouldn’t list your target audience as 18-60. Find your sweet spot for your film. Don’t say your film will appeal to everyone. It never will. Be realistic. Keep your focus small and it will read as more credible, and that’s what you want.

How Movies Are Made and Make Money Section

If your film business plan is going out to a lot of potential investors who don’t know a lot about making movies or how Hollywood works in general, you should then write a section that gets them up to speed on all that. From the basics of pre-production to shooting the film itself, all the way through post-production and what you’re planning to do with the final film to try to sell it and make the investors’ money back. This section should also have a fairly descriptive, easy-to-understand section on Distribution/Marketing/Etc. If you can’t explain to the investor how it all works, you’re not going to get them to invest. Or the chance of successfully doing so is a lot less, at the very least. Give it to them straight. Tell them about how the film will make money theatrically, on DVD, through festivals, on pay tv, cable, VOD, and the internet. And be especially ready to tell them what you’re expecting to do with the internet with regards to your film.

The next section in your film business plan needs to get into the nitty-gritty of how much you’re trying to raise from the investor, what you plan to do with that money, specifically, and exactly what that investor can expect to see in returns on his money. Investors aren’t stupid, so do your math and do it well. They’re not interested in fairy tale projections on revenues. They don’t want to hear that your film is going to make more film than James Cameron’s films, or that it’s the next Star Wars. But at the same time, they’re holding your film’s business plan in their hands and reading it because they know that’s there’s a huge possibility for any film, even a little film, to explode and make a lot of money at the box office.

Everybody’s heard the stories about the little filmmaker from nowhere who’s little film which cost $5,000 went on to gross $20 million at the box office. That’s why they’re investing, but you have to be careful. You don’t want to over-inflate their hopes. You’ve got to be very reasonable in your projections. Include recent films who are similar to your film in your projections. Show how much money those films made, how much they cost, and translate that into terms your potential investor can understand. Give an example of a high scenario of how much money you think your film could make, then a medium, and then a low. And be absolutely up-front to the investor that they could potentially lose their investment if the film doesn’t do well. Any film investor worth his salt is going to want to hear that from you.

No film investor in their right mind wants to deal with a filmmaker or producer who thinks that their film is going somehow get made and magically make a million dollars and has no chance of tanking. When people with money see someone like that, they walk away. That’s generally how they became people with money, and remain so. By avoiding clowns like that.

I hope that answers some basic questions on what goes into a film business plan. It’s a bit of a general overview, and not intended to be a comprehensive course on how to write one, but hopefully I’ve imparted a little bit of what I know about the whole process that can be helpful to you.