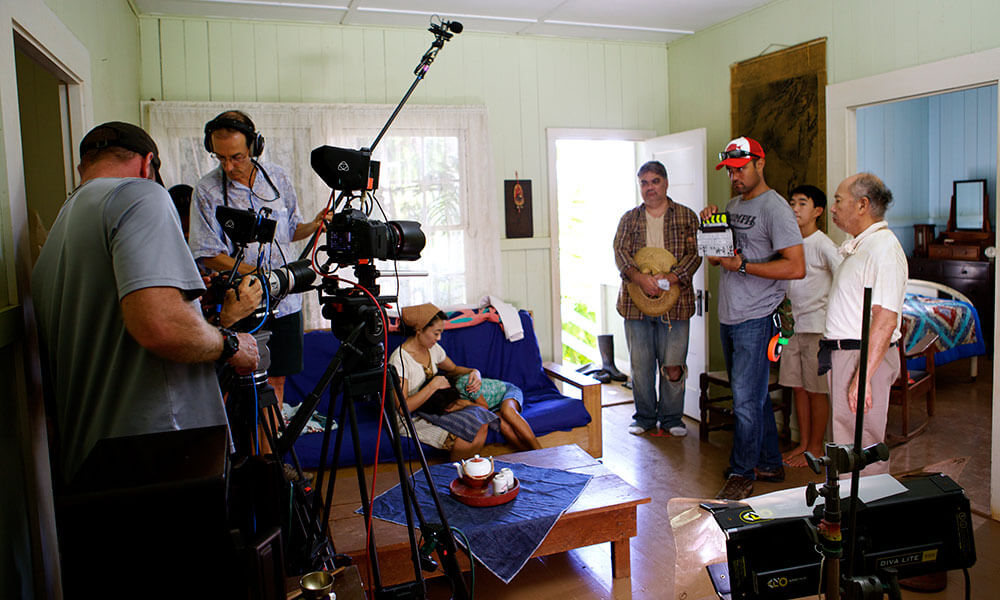 When budgeting a film, especially when budgeting a DIY film or low-budget film, in my experience as a feature filmmaker, there are two key categories that filmmakers repeatedly budget incorrectly for. Too many filmmakers tend to allocate too much money, famously, to one of these categories and (also famously) not enough to the other.  The result tends to be a bad film, or worse: a film that doesn’t even get finished.

And those two key budget categories that we feel far too many filmmakers muck up? Without doubt, camera and cast and crew.

Here’s our advice for filmmakers with limited resources when it comes to balancing these two key categories, and why DIY productions shouldn’t be afraid to spend a good chunk of money on one of these categories, and why purposefully “cheaping out” on the other might just be the smartest choice you can make while budgeting your film.

In the 1990’s, when I started making feature films, the choice was between VHS video (or highly expensive, highly unportable pro video equipment like the local news used), or film. If a filmmaker chose to shoot film, the choice then became: 16mm or 35mm? Of course, 35mm was still prohibitively expensive for independent filmmakers, so most went with 16mm or Super 16mm (and some even with Super 8mm).

The first camera package I considered buying was from a veteran filmmaker who was looking to sell his Arri S, some magazines, a blimp, and an old Motorola U20 upright editing machine. He wanted $4000. As I was working my way through college, and it was 1993, that figure was out of the question.

Fast forward a few decades and digital video cameras are ubiquitous and affordable. Great looking films have been shot using little more than the camera that comes standard in your friendly neighborhood iPhone or Android phone.

That said, quality lenses and sensors are still what every filmmaker should be shooting for to shoot with, and those aren’t always readily available on every pocket device.

Still, the number of people who own decent-quality or even great-quality digital equipment is several orders of magnitude larger than the number who may have owned such equipment a few decades ago.

So paying through the nose for great equipment, and creating your film budget in a way that centers around that great equipment, isn’t the only way to go these days. To this day, most filmmakers creating a budget start at the camera department, as the camera department is generally considered to be one of the most expensive, most technologically sensitive areas in the budget.

But instead of budgeting immediately for a great camera package, do some research. Put the feelers out in your film group or community, or to potential DP’s who may be interested in coming aboard your film. Some folks live to collect great camera gear, and you may be able to rent what you need for an extremely low rate, or even get it for free, if you make the right friends, or hire the right team.

Nothing tends to bog down a shoot more than an inexperienced crew. And there’s few things worse than sitting at your premiere and watching actors on the screen who don’t quite know their craft.

Loading your film up with an amateur cast, or a newbie crew, might seem like a great way to save money on your film, but I recommend you resist the urge.

Generally speaking, crew that demands they get paid for their work are going to be 20-40 times faster, better, and more professional in general, than any unpaid analog, no matter how spirited or eager that unpaid person seems to be.

Spending just one day on a film set, a new crew member can learn five hundred new things, and learn how to do their jobs ten times better. Extrapolate that over a 30-day shoot, and you can imagine how much better overall a crew member with the experience of just one 30-day film shoot is, when compared to a newbie.

Now extrapolate that over even just 5 or 6 film shoots, and you can see what I mean when I say it’s more than worth it to bring aboard experience, and to pay for that experienced crew.

Then take a crew member who’s worked on 50, 60 films or shows, and the comparison between what they know and what a greenhorn knows isn’t even fair. Experience can make your shoot go faster, your cast and crew happier, and your film, well, frankly, just better. Don’t cheap out on people.